Educators facilitate and extend each child’s learning and development. 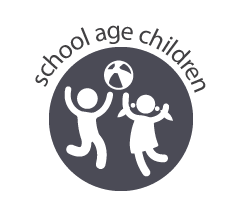 This outside school hours care (OSHC) service offers before and after school, and vacation care, in a rural community. It is the only OSHC service in the community and is located on the grounds of the local school. The current team, including support staff, comprises a balance of both experienced educators and those who are newer to the role.

The service has strong relationships with the school principal, teachers and support staff. They are also well connected with the local community, and this connection is strengthened through frequent and ongoing excursions out and about in the community. For example, shopping excursions are a feature of the service’s cooking program. The children choose what they are cooking for the week, write a list of the ingredients, and then go to the local shopping centre to purchase the ingredients within their specified budget.

These excursions are an important part of the service’s program for children and highly valued by children, families, educators and the community. They have also provided opportunities for educators to extend on children’s interest in seasonal produce by posing questions such as what are the benefits of eating seasonally, and what is the difference between seasonal and organic foods. Following on from this, one educator, who volunteers in the community garden, coordinated a visit to the garden so the children can see seasonal produce being grown first hand.

The educational leader guided the team through a series of professional conversations, included as an ongoing agenda item at staff meetings. In the past year they have taken a deeper dive into the pedagogical practices described in My Time, Our Place – Framework For School Age Care (MTOP) to ensure their educational program and practice continues to extend all children’s learning, development and wellbeing. This process included looking at the practice of acting with intentionality, and resulted in some robust discussions about what it means and looks like to ensure actions are “deliberate, purposeful and thoughtful”, as defined in MTOP and Element 1.2.1 of the National Quality Standard (NQS).

These professional conversations highlighted different perspectives about intentional practice amongst the team. These differences included debating the contexts of intentionality in the OSHC environment when children often lead their own learning and make decisions and choices about how they spend their time on a day-to-day basis. Critical questions arose about the ‘role of the educator’ in a child-led program, including do they have a role? If so, what is it? How is it intentional? To promote a deeper level of critical reflection about current practice, the educational leader used questions from the Educator’s Guide to the Framework for School Hours Care in Australia to extend the discussion. Two questions that generated much discussion were, ‘What are some examples where you have been intentional in your practice?’ and ‘Where might our school-age care setting benefit from more deliberate and purposeful planning?’

Initially, educators found it hard to come up with examples of acting with intentionality. To inform their thinking, the educational leader referred team members to the examples provided in MTOP, where, alongside the outcome descriptors, there are examples of how educators contribute to and facilitate positive outcomes for children.

One educator highlighted a recent change to the daily routines to ensure children were offered choices about when to have afternoon tea. This followed feedback from families and served to strengthen the service’s commitment to increasing opportunities for children’s agency and autonomy. This change in routine allowed children to make decisions about whether they are ready to eat or not, and to remain engaged in play and leisure experiences without being interrupted. This prompted another educator to recall a more recent example where educators taught children how to use various building tools as part of their woodwork program. While this activity required explicit teaching and close supervision, the intention behind this decision was ensuring children’s safety and providing opportunities for children to take risks and develop competence in this area of interest.

The conversation about intentionality as a practice led to deeper discussions about pedagogical approaches for facilitating and extending each child’s learning and development. The team recognised the different approaches they took when facilitating experiences and that sometimes being intentional was explicit so that a new skill could be taught or a higher risk activity could be implemented. At other times, the team reflected that intentionality was sometimes a more subtle practice, such as the addition of loose parts materials to the play space as ‘play cues’ or provocations to enhance child-initiated experiences and promote creativity and problem-solving. This discussion, along with other examples of intentional practice in MTOP, enabled the team to develop a shared understanding of intentionality in their service.

In thinking about opportunities for educators to be more deliberate and purposeful in their planning, one of the educators shared a desire to be more proactive in embedding Aboriginal and Torres Strait Islander cultures and perspectives in the program to increase children’s knowledge and appreciation of Aboriginal and Torres Strait Islander cultures, histories and achievements.

This conversation led educators to a realisation that their current practice was at odds with their service philosophy, which highlighted a commitment to inclusion and valuing and celebrating diversity and difference. To move forward, the educational leader helped the team to articulate a shared vision and design an action plan to make progress towards this vision. This included revisiting what they were doing well, including times they were able to make deliberate, purposeful and thoughtful decisions. It also included identifying their most important starting point and generating small and achievable steps to make continued progress towards their vision. The team also accessed some Aboriginal and Torres Strait Islander specific cultural competency training. This was an important step for educators to establish a shared understanding of ‘why’ it is important to think deeply about Australia’s first people, their connection to country and the hidden histories that inform how we understand and appreciate these cultures.

The team reached out to their state OSHC association, which offered information, training and support to the OSHC sector. Through this association they were connected to a community of practice event being held to provide mutual support and information sharing with services with a similar vision. This event took place during NAIDOC week and was hosted by a service who had recently had their Reconciliation Action Plan (RAP) endorsed by Reconciliation Australia. The event opened with an Acknowledgement of Country. This was followed by the service sharing their journey of reconciliation and the steps they had taken together with their local Aboriginal Elder to develop the RAP. The educators sat in a circle around a campfire and each shared their ideas and vision for reconciliation in their services. The host service offered ongoing connection and support to the group and shared their documented RAP as an example of how it might be presented.

One of the key messages that came out of this event was in a conversation about tokenism. This conversation unpacked deep feelings and some fears about being culturally insensitive, acknowledging that the five F’s of culture (Faces, Fashion, Food, Festivals and Flags) are often how culture is celebrated, acknowledged or perceived. More so than anything, educators in the group acknowledged that they seek to avoid tokenism but at the same time seek validation because taking one step forward towards reconciliation is better than taking no action for fear of ‘getting it wrong’.

The team had been quite inspired by this event and decided to undertake some local research as they also learned the importance of connection to land and country. Through this research, the educational leader had discovered that the school site they operated from had a Murri trail. Unfortunately, the trail had not been maintained for several years and was overgrown and inaccessible. After speaking with the team, the educational leader spoke with the school principal about the possibility of the OSHC staff re-establishing the trail for the whole school community. The school embraced the opportunity to have this important landmark for the school re-established. This began a learning journey for the children, OSHC educators, and the school.

Over several months, educators engaged in professional reading and ongoing conversations to extend their knowledge of their local Aboriginal culture and determine how they can better embed Aboriginal and Torres Strait Islander perspectives in their program through re-establishing the Murri trail. The educational leader also engaged in ongoing conversations with the school principal and their local Aboriginal Elder about this collaborative project. Drawing on their more nuanced understanding of intentionality, educators observed, listened to and asked questions of children about their current knowledge and understandings of Aboriginal people, histories and culture. Reflective conversations were documented and revisited over time to inform thinking and understanding and guide decision-making.

Over the course of a year the service’s team worked with the school and local Aboriginal Elders to restore and re-establish the Murri trail. Through engaging a local Aboriginal expert in bush tucker, they discovered that the Murri trail held particular historical significance as a food source in the area. There were so many varieties of bush tucker available along the trail, the staff decided to make signs for each of them, explaining what they were in the traditional local language.

Further actions included working with local Aboriginal Elders to write an Acknowledgement of Country for the school and the OSHC service. This was displayed prominently at the service and children took turns reciting the Acknowledgement each day. Some children also suggested they video the Acknowledgement so it could be shared with families and others in the community. This was made available on the service’s website, further demonstrating their commitment to reconciliation. Extending on this, and in response to children’s interests, educators reached out to a local Aboriginal Elder to ask if they would work with a small group of children who wanted to write their own individual Acknowledgement.

The educators and children have continued to explore and deepen their understanding and appreciation of the local Aboriginal culture, histories and stories. Additionally, the educational leader has continued to encourage the team to reflect on and celebrate their learning, growth and development over time, which all began with a conversation about acting with intentionality.