Each child is supported to build and maintain sensitive and responsive relationships. 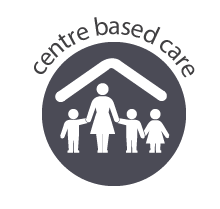 Educators from this preschool / kindergarten service situated in an outer city suburb dedicate time during their regular staff meetings to critically reflect on their practice. As a starting point in reviewing their practice in relation to Standard 5.2, staff reflected on the overarching questions contained within the Early Years Learning Framework (EYLF). This caused them to think more deeply about their current practice in supporting children’s relationships. This included what theories, philosophies and understandings shape and assist their work, as well as considering whether some children might be advantaged or disadvantaged when educators work in particular ways.

Informal discussion with families identified their strong desire to learn more about their children’s friendships and highlighted their concerns if conflicts arose between their own children and others. As an outcome of these discussions, educators decided to focus on how they might better support and equip children to build and maintain relationships with each other.

Guided by the educational leader, educators revisited their philosophy statement and Interactions with Children Policy and related procedures. In doing so, all educators came to the realisation that they were interpreting the policy differently. They also had varying perspectives about their current practice in relation to this standard. Educators also recognised their current approach lacked any real connection to recognised best practice, research or theory. They saw this as an opportunity to review and update the Interactions with Children Policy and strengthen their practice specific to supporting relationships between children.

This topic continued over several staff meetings, with educators investigating what professional learning opportunities might be available to extend the team’s knowledge and confidence and inform ongoing practice. To cater for individual interests and provide a wide range of perspectives, team members were supported to attend different training sessions and share their findings with the team at subsequent staff meetings.

As a result of this professional learning and through ongoing conversations, educators were able to reframe their thinking about children whose behaviour they may previously have described as “difficult” or “challenging”. This also led educators to thinking about how their personal biases and assumptions about specific children might inform children’s views about their peers. To explore this further all educators reflected on their thinking and behaviour every week for a month, noting if and how this impacted children either positively or negatively.

Educators shared their findings, first with their room leader and then with all educators at a staff meeting. While some educators were initially uncomfortable about being asked to do this, they later acknowledged how powerful it was in helping them realise the impact their thoughts, words and actions had on the children. As a result of these discussions, educators became more mindful of the importance of being role models for children in demonstrating respectful interactions and relationships, including how they learn from and assist each other.

Educators were also able to identify adjustments they could make to the physical setting and the educational program to create more supportive environments that better equipped children to collaborate with and help each other. In rethinking their approach, considerable thought was given to the organisation of environments in order to promote pro-social behaviour. The layout of each playroom as well as the outdoor environment was reconfigured to create spaces and pathways that allowed children to move freely between areas across all aspects of the day. The service also introduced more neutral colours in the environment to promote a sense of calm.

Educators also reflected on some of the conflicts that children were experiencing during their play to get a better sense of when conflicts were occurring and why, and what the team might need to do differently. Educators monitored children’s play to pre-empt potential conflicts and responded promptly to children’s behaviours by acknowledging their feelings, giving them strategies to regulate their emotions, and involving them in solutions about alternative ways to respond to each other. This included helping children to better understand other children’s attempts to join their peers at play that might be misinterpreted as being unfair or disrespectful.

One practical solution introduced as an outcome of their investigations was the introduction of ‘please wait’ signs for children to place at an activity indicating that they would return shortly. The sign indicates to other children not to disturb the activity as the child playing there may have needed to use the bathroom and will be returning to continue their play. These changes were also communicated to casual staff. This ensured all educators understood the rationale for the changes. It also meant the practice was consistently applied across the service.

Another group of educators within the staff team expressed interest in exploring their current approaches to supporting relationships with children from a social justice perspective, which became a new discussion point in staff meetings. This led to a specific interest in the notion of belonging and how that might look, sound and feel like for children and families at the service.

Educators undertook an action research project with families and children to understand cultural differences when implementing cultural inclusion. For example, researching how the service can be more inclusive of refugee families and their children and building children’s skills and knowledge of how they exist within their culture and belong to a diverse community.

These ongoing conversations were documented and displayed in the foyer, which became a talking point amongst children, families and educators. This project also led to new partnerships with local support services. This included the Migrant Support Service, which provided a range of support options for families as well as information and cultural awareness training for the team.

Through ongoing conversations and with increased awareness and knowledge, educators began to rethink other aspects of their practice including, for example, their enrolment and orientation procedures. By rethinking the questions they asked families about behaviour guidance, as well as planning respectful ways to ask them, they found they learnt more about families’ individual perspectives. Not only did this help develop stronger and more supportive relationships with families, educators were also better equipped to support all children individually, as well as to assist them to build and maintain relationships with each other.