The ACECQA Board is appointed by, and responsible to, the Education Ministers for the overall strategy, governance and performance of ACECQA. The responsibilities of the Board include: 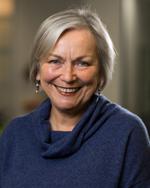 Anne Glover is an international education and development consultant with extensive experience in designing, implementing and evaluating development programs. Anne specialises in systemic reform and the development of fair and efficient education systems. For more than 20 years she has worked with regional governments – Indonesia, Papua New Guinea, Kiribati and Vanuatu – to develop and implement education reform agendas at national, state and local levels.

Anne also has specific expertise in early childhood care and education. A child advocate with a long commitment to promoting and protecting children’s rights and working proactively to support children’s access to and participation in education, Anne has more than 30 years’ experience in the early childhood education and care sector as a practitioner, academic, researcher and mentor. Beginning her academic career at the University of South Australia in 1983, Anne has been responsible for early childhood program and course development and coordination, undergraduate and postgraduate teaching, and supervising higher degrees. A keen researcher committed to rigorous and ethical research, she was a Foundation Member of the UniSA Early Childhood Research Group and the Paediatric Wellbeing Research Group, and is currently an Adjunct Senior Research Fellow at UniSA.

Anne is actively engaged in various organisations concerned with children’s well-being and is the Presiding Member of the SA Child Development Council. 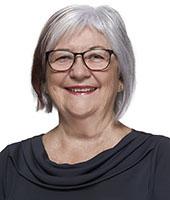 Maree Bredhauer has worked for more than 35 years in both the private and public sector in early childhood in the Northern Territory, including time as a primary school principal in both urban and rural schools.

Maree has been President of the NT Schools Principals’ Association, with an executive role in the creation of the Centre for School Leadership. This centre is a partnership organisation between Charles Darwin University and the Department of Education. In June 2014, Maree left her position in Early Childhood Policy and Regulations in the NT Department of Education to work in the not-for-profit sector. Maree is currently a member of the Early Childhood Australia Board and holds an elected position in local government as Mayor of Litchfield Municipality.

Selwyn Button is a Gungarri man from South West Queensland, raised in Cherbourg.

Selwyn is the Registrar, Office of the Registrar of Indigenous Corporations (ORIC) the regulatory body supporting more than 3000 Indigenous corporations across the country. Selwyn has extensive experience in Queensland health and education sectors. From 2014 to 2018 he was Assistant Director-General of Indigenous Education in state schools, where he oversaw significant improvements in outcomes for Aboriginal and Torres Strait Islander students. Prior to that he was CEO of the Queensland Aboriginal and Islander Health Council (QAIHC), chairperson of the Aboriginal and Torres Strait Islander Community Health Service Brisbane Limited, and director of the Indigenous health policy branch within Queensland Health. He is a former teacher and Queensland police officer.

Selwyn has served on numerous councils and committees including Oxfam Australia, Queensland Council of Social Service, and the Queensland Indigenous Education Consultative Committee. He remains a director of The Lowitja Institute and Queensland Rugby Union. Marc de Rosnay is the Professor of Child Development and Academic Director at Early Start, University of Wollongong. He leads transformational early childhood initiatives involving the university and community, with the goal of improving developmental, educational, and social opportunities for vulnerable children. With the team at Early Start, Marc works to translate current evidence on child development and early learning into everyday care and professional practices, and to develop systems to support children, families and educators in regional and remote contexts. He also provides support for various community and charity organisations, as well as state and Australian government initiatives.

In 2003 Marc was awarded a Churchill College Fellowship (University of Cambridge) in recognition of his original work on emotion understanding and development in infancy and early childhood. In 2006 he moved to the School of Psychology, University of Sydney, where he held an Australian Research Council (ARC) Postdoctoral Fellowship between 2007 and 2010.

Marc’s own research focuses on how children become socially and emotionally competent, with a particular interest in the ways in which we understand and care for children, on the one hand, and the ways in which they understand us, on the other. In addition to his scholarly outputs, Marc has worked consistently to communicate research about early childhood and development into the public forum and has taken a leading scientific role in various documentaries (including the Life at series on ABC television). 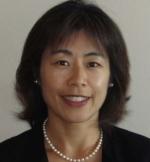 Akiko Jackson is an internationally experienced non-executive director and strategy adviser with more than thirty years as an executive in the financial services industry including CBA, Macquarie Bank and Westpac; Shinsei Bank and Mitsubishi Tokyo UFJ Financial Group in Japan; and as a strategy management consultant in the US and Australia. She has worked in both the private and the public sectors, in both large corporations and start-ups and has extensive experience in risk management, large scale and digital transformation, strategy development, equity raising and leadership development. Akiko is a Fulbright Scholar with an MBA from Stanford University, and a Bachelor of Law from Keio University, Tokyo. She is bilingual in English and Japanese. Sandra Lambert has more than 35 years’ experience working in the public sector and education. She was a teacher and principal before moving into a number of roles in educational administration in the ACT Government, including as Executive Director of Schools and Training responsible for policy and programs in government schools at all levels. She then worked in other senior executive ACT Government roles and was the Chief Executive of the then ACT Department of Disability, Housing and Community Services from 2002–2010, where she was responsible for children’s services across public and private sectors.

After 2010, Sandra held a variety of positions including on the Safety, Rehabilitation and Compensation Commission, the Cultural Facilities Corporation, the Land Development Agency Board (LDA) and as Chair of the Risk, Business Continuity and Security Committee in the then Department of Human Services (DHS). She then spent almost two years in New York, New York State and California working as a consultant in educational leadership and English language arts.

On returning to the ACT in 2015, she resumed her role on the LDA and was Deputy Chair for its final year of operation. Currently Sandra is Chair of the ACT Remuneration Committee, a member of the ACT Homes for Homes Advisory Group and works as an executive leadership coach. She also participated as an independent member on two of the then Department of Human Service Committees. Sandra is a Fellow of the Australian Institute of Managers and Leaders and was admitted to the Order of Australia in 2012 for expertise in public sector leadership and management. 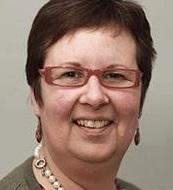 Joce Nuttall is a Professor at Australian Catholic University, Melbourne, where she leads the Teacher Education, Quality, and Professional Practice Research Concentration in the Learning Sciences Institute Australia. Joce has more than 25 years’ experience as a leader and educator in primary and early childhood settings (principally early childhood education and care) and as a teacher educator and researcher.

Joce’s research focuses on the initial and continuing education of educators and educational leaders, and the development of strategies for system-level workforce capacity-building in early childhood education and care. Joce also has significant expertise in the construction and implementation of early childhood curriculum policy and the design of teacher education programs.

In 2015 Joce was Chair of the Advisory Group on Early Learning, which reviewed the implementation of New Zealand’s early childhood curriculum framework, Te Whāriki, on behalf of the New Zealand Government. Joce is a fellow of the Australian Teacher Education Association and is a previous Governor-General’s appointee to the Board of the New Zealand Council for Educational Research. 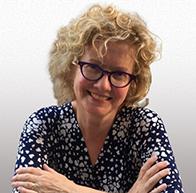 Jenni Perkins has had over thirty years’ experience in social policy development, program design, community consultation, evaluation and performance reporting, and has led policy reform agendas across disability and community services.
As Director General of the Department for Communities from 2010–2013, Jenni had leadership responsibility for the implementation of the National Quality Framework for children’s education and care services in Western Australia. Jenni was also responsible for the delivery of state-wide parenting information and support services, along with youth and community services.
As the acting Commissioner for Children and Young People in Western Australia from 2013–2015, Jenni established collaborative partnerships with Aboriginal and community organisations to undertake a state-wide consultation with over 1200 Aboriginal children and young people.
Jenni has a strong interest and commitment to the delivery of evidence-based policy and consumer-focussed services. She has a diverse industry background encompassing state and national project experience in private sector consulting, and state and local government sectors with widespread experience across an array of portfolio areas. These areas include land use planning, infrastructure planning, urban and regional development, education planning, retail planning, housing, land development, engineering and buildings and tourism nationally and in her home state of South Australia.

As the managing principal and owner of a strategic planning consulting firm, Amanda has considerable expertise in high-level consulting, project management, portfolio policy-making and implementation.

Amanda has an avid interest in early childhood education and child development and has been a devoted and active board member in a community childcare centre for more than three years. She also served on the centre’s strategic development and human resources planning committees.

Amanda has a strong interest in encouraging and empowering early childhood educators to work with parents and carers to help identify children with potential growth and development delay and is a passionate advocate for early intervention to help address these challenges.

Michael White has had over 30 years experience in the fields of child development, child protection, youth justice and early childhood education as an academic, teacher and administrator in both the government and non-government sectors.

Michael lectured in Human Development at the University of Tasmania and was responsible for the leadership of the Early Childhood Programs of the University for several years.

He has also undertaken significant roles in the non-government sector which have included state and national leadership roles in the early childhood professional association.

Michael was Director of Schools in Victoria and subsequently, Chief Executive Officer of the Victorian Curriculum and Assessment Authority. In the health and human services sector he held the positions of Executive Director Children, Youth and Family Services Bureau (ACT) and State Program Manager for Children Youth and Family Support in Tasmania.

In Victoria Michael was responsible for the development of “whole of government” policy on children and young people, and for the creation of a system to monitor the health, safety, learning, development and well-being of all children aged 0-18.  The Child and Adolescent Monitoring system remains a major research and policy resource on children in Australia.

Michael’s work also includes an active interest in the economic and social context which frames the development of systemic responses to the needs of families in Australia. From 2009-2011 he held the position of Director in the Economics and Policy Division of PricewaterhouseCoopers focussing specifically on early childhood issues.

Michael provides strategic advice to Government and non-government agencies delivering services to children and their families. He has developed a model for building and maintaining partnerships in the health and human services sector and works with agencies to improve the impact of collaborative networks.